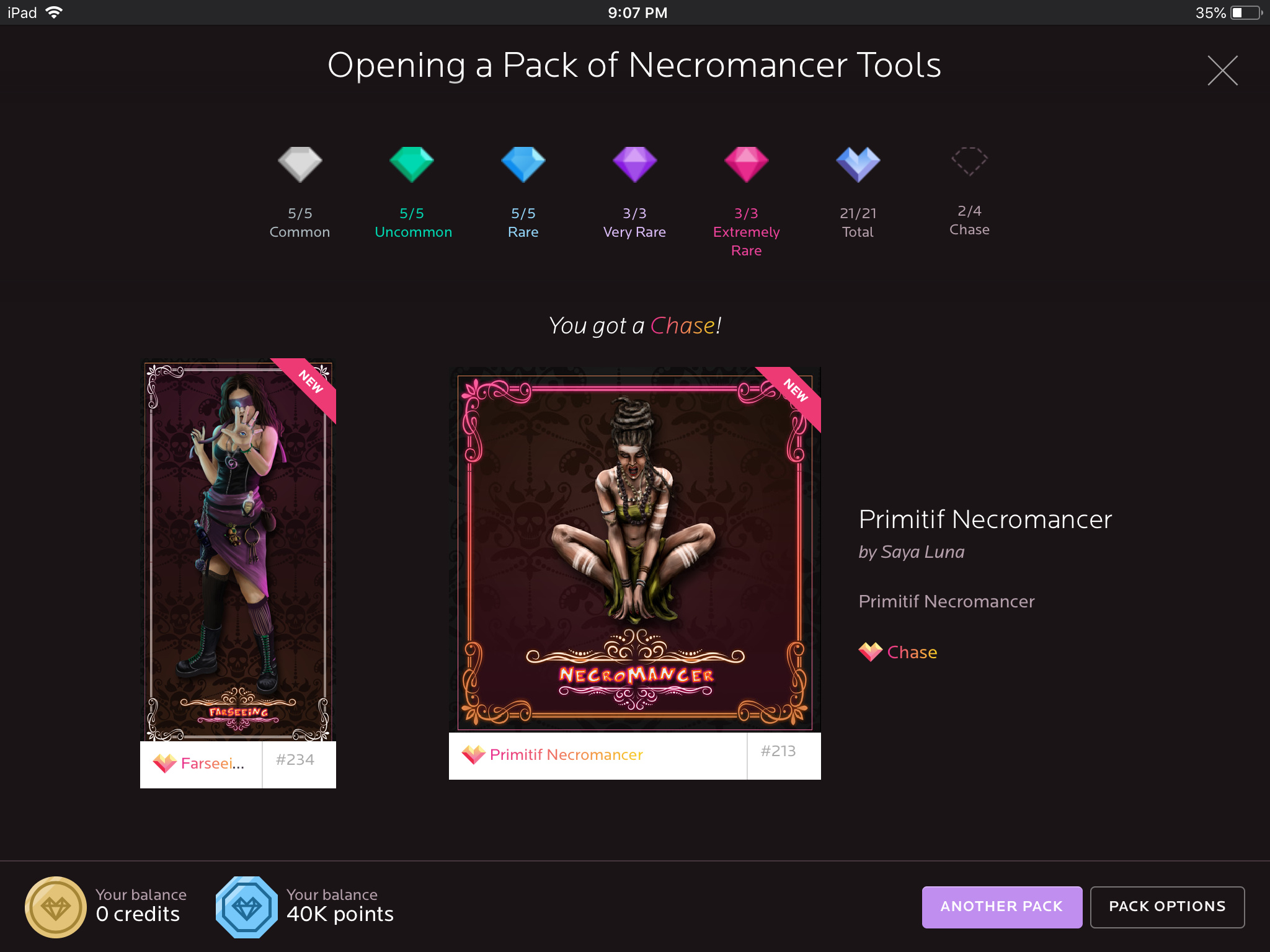 But I wonder, is the and chance of two chases in a pack less than 1/x^2? Because I have opened far more than 400 packs ( Which should be the average number of packs for a double chase (because generally it’s a 1/20 chance for 1 chase)) and this has only occurred with me once.
Also, can anyone beat this?

Not so far ago I got 2 chases in one pack and one more in next pack <(￣︶￣)>
Chance of a double chase should be 1/400 but for an infinite amount of opened packs. In reality, you can either open thousands of packs before it or get it even in the first pack, though the chances of such cases are very very small.
On the other hand, I’ve opened nearly 3.5k packs and I got a double chase a few times but not 8 or 9 times. Though maybe my memory isn’t so good as I think. 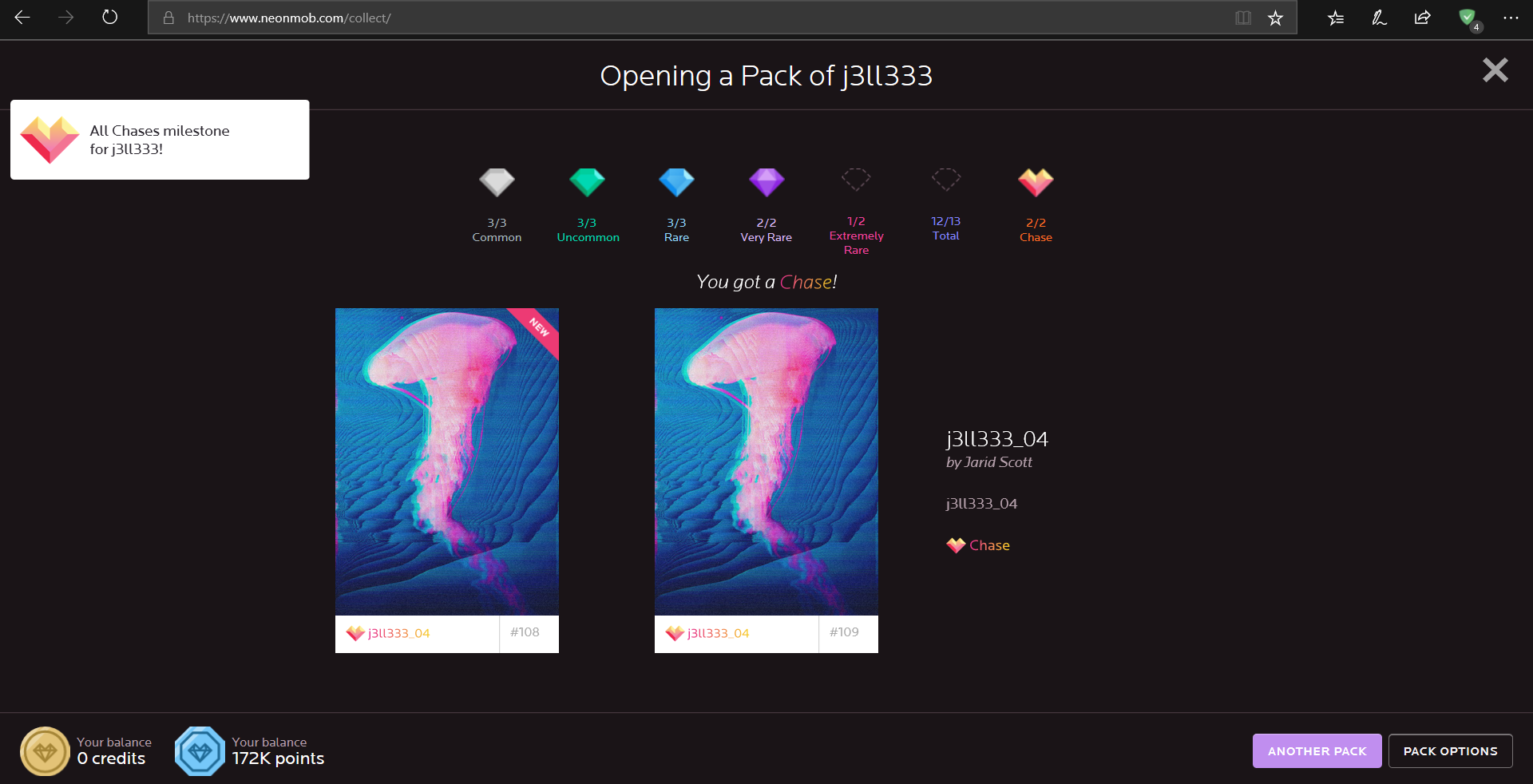 Got these twin chases last month.

No, it were regular packs. 3 chases in two packs in a row from the same series.

I know, I was just describing the ridiculous chance of getting 3 chases in one pack.

Yep, if you open such pack you are really lucky.
But every day over 20k packs are opened so every few days somebody should became lucky

I got two chases in a Superpack once… So 2 chases and an Uncommon all in one pack. That’s the best I’ve ever gotten in one pack! Wish I’d screencapped it.

Began to collect the series the day before out of print and got a double chase, I’m lucky 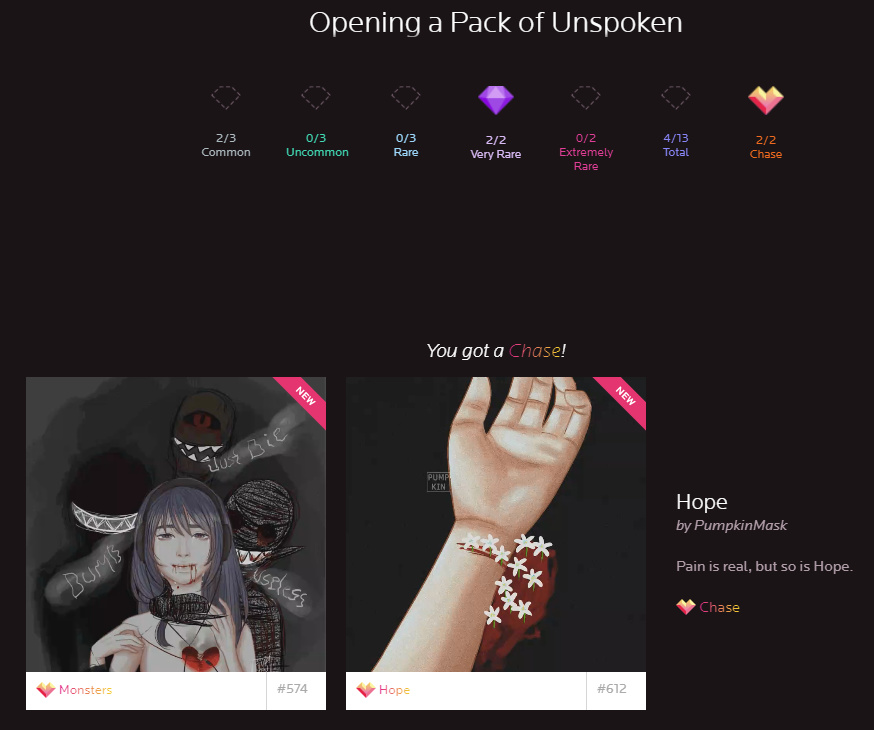 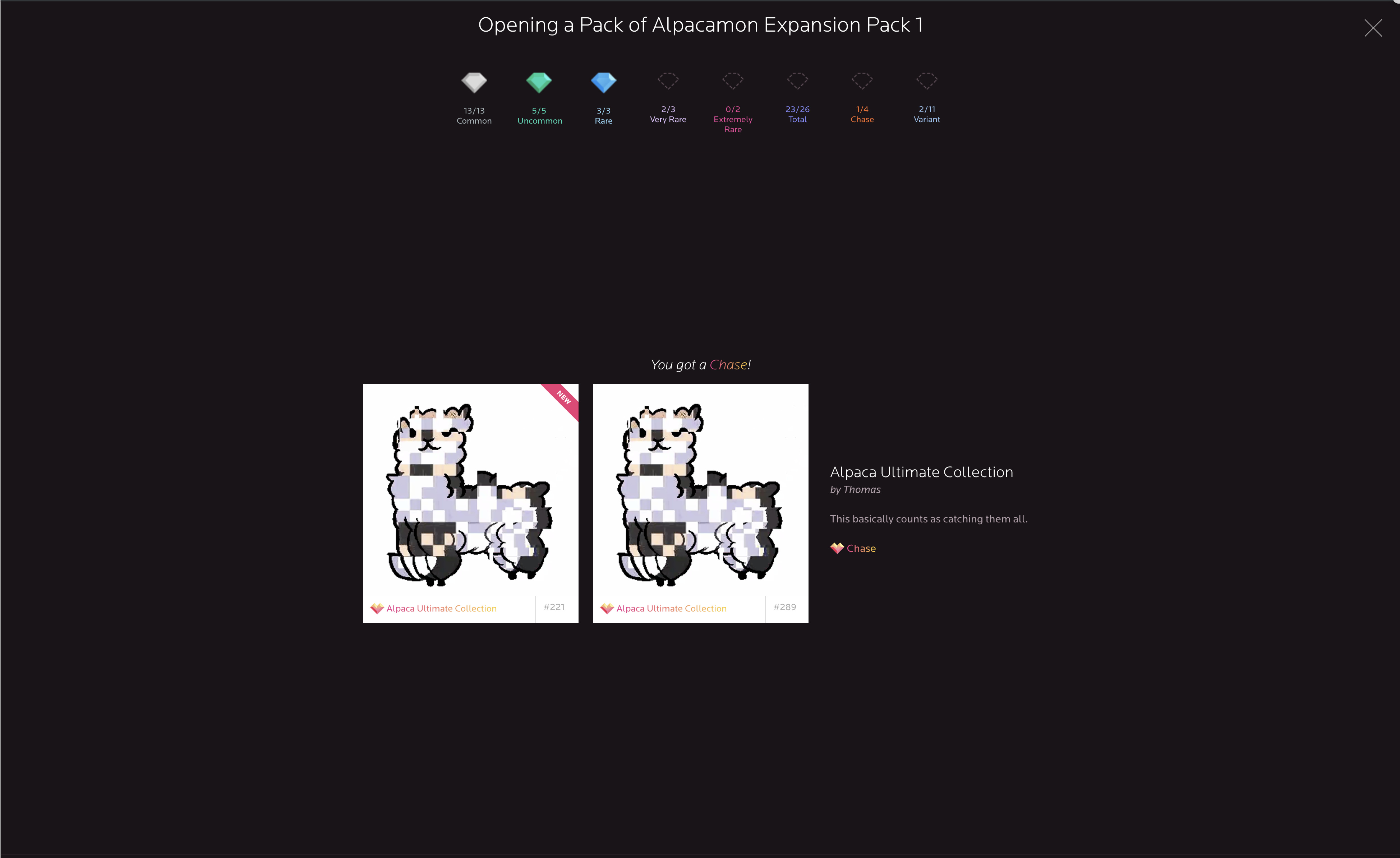 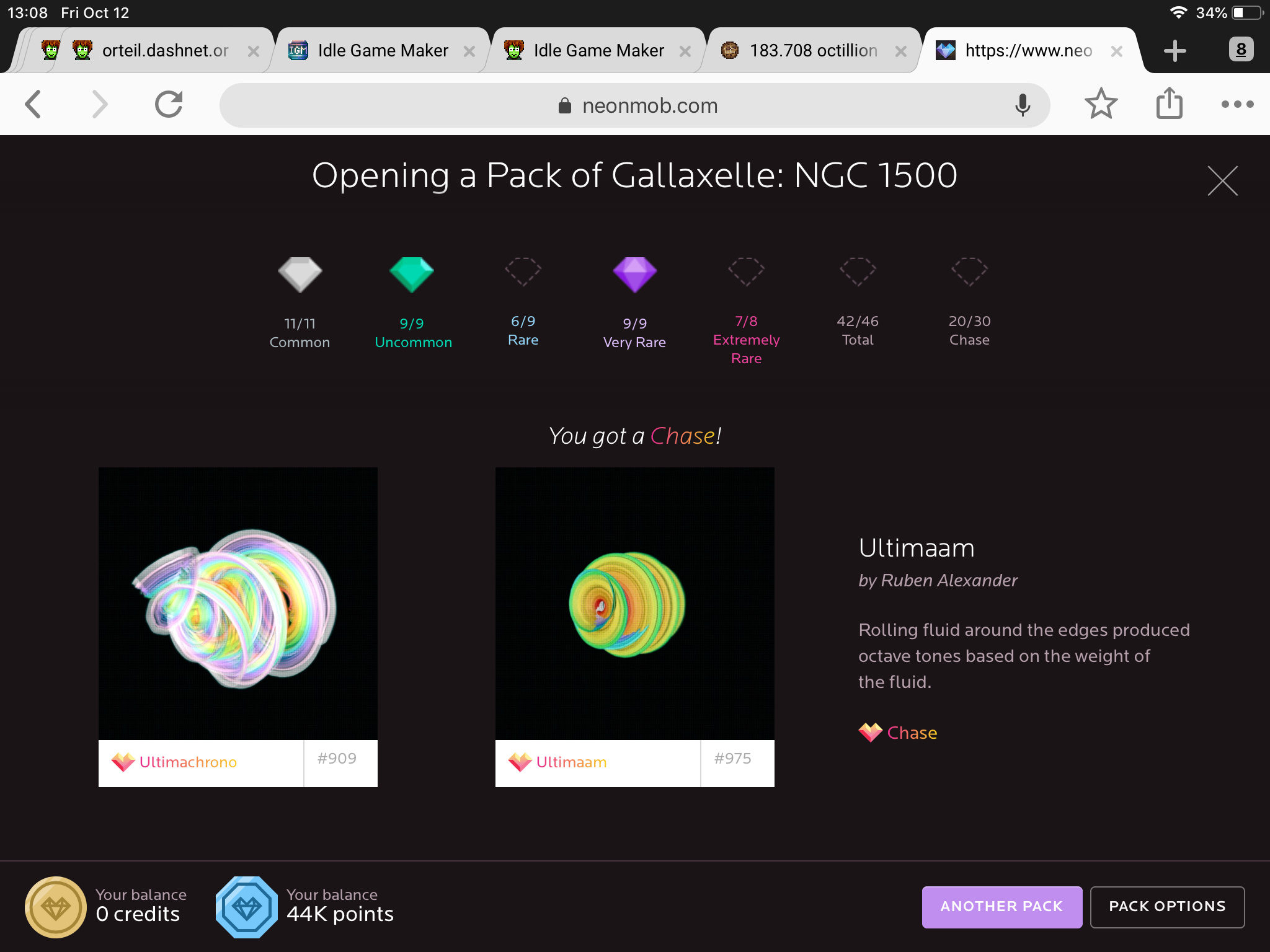 Edit:Just realized the chance of getting a chase in that series is 1/3, but i’ll Leave this here because this series is extremely fabulous looking.

THANK YOU FOR SHARING THIS SERIES 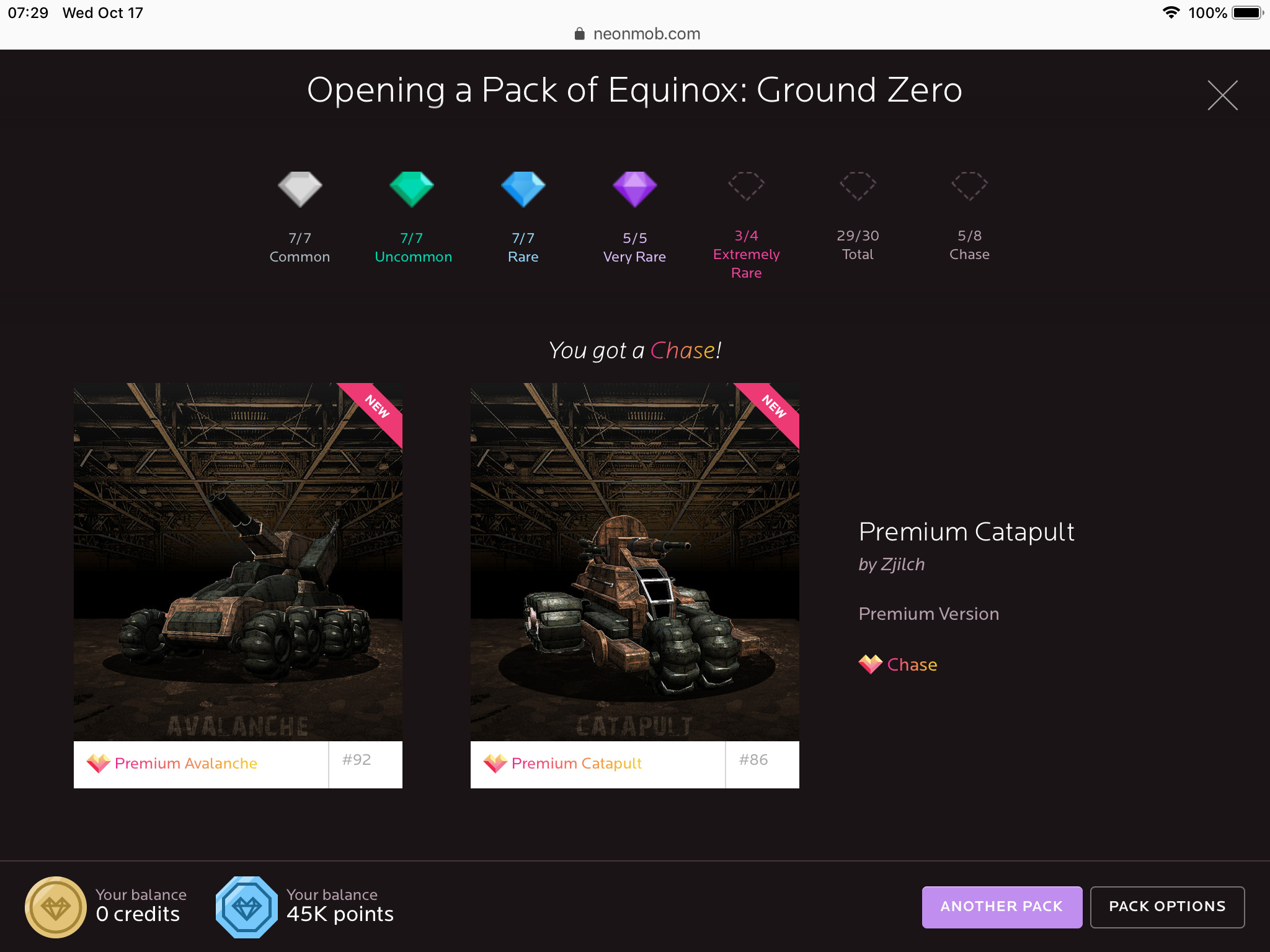 And finished the series in the next free pack

I got all chases in Equinox as well a couple months ago. I just saw this thread though, and hadn’t screenshotted it

Got lucky on my first pack of Infinite Shadow 3: SIGIL. 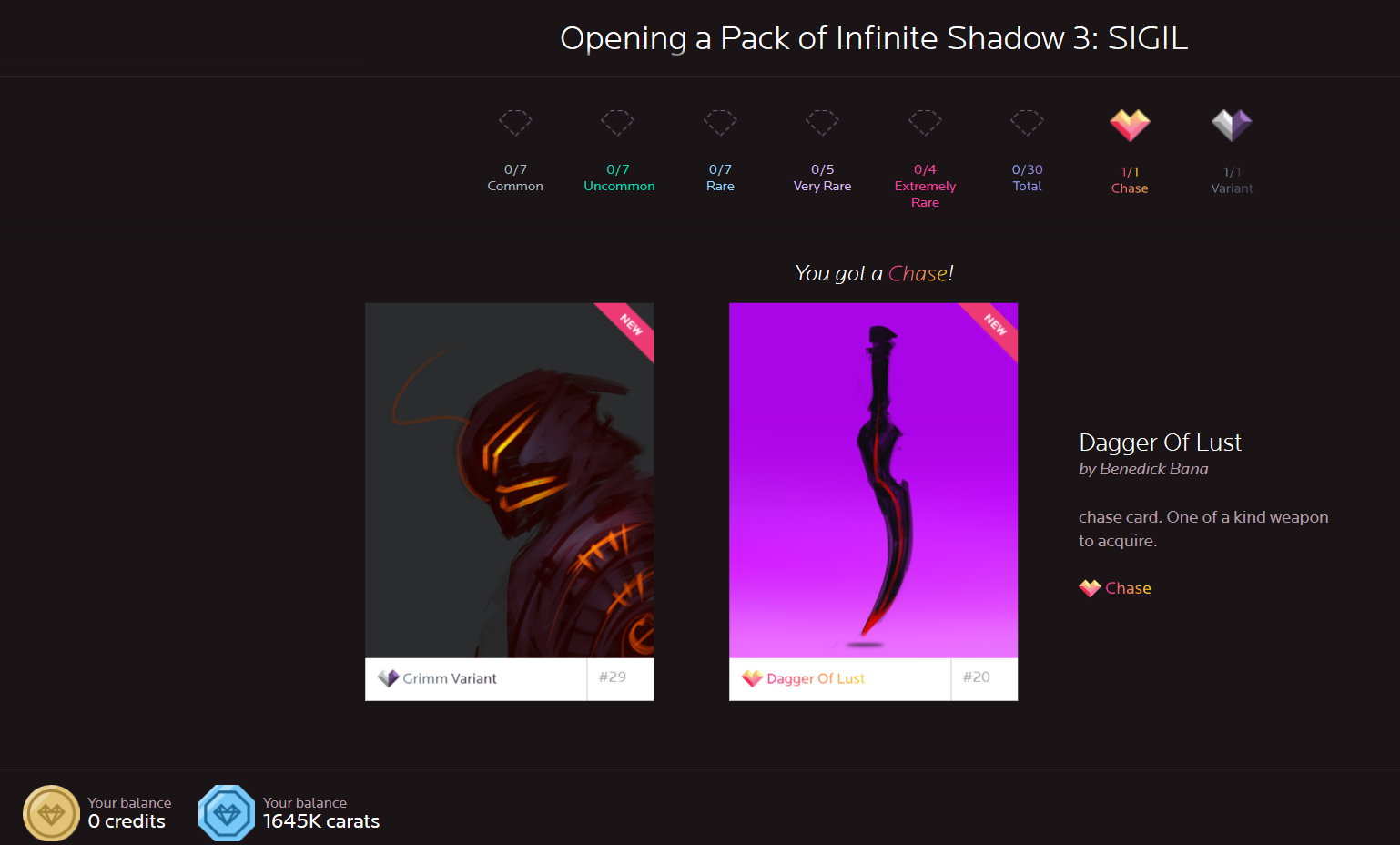 1/260 chance! But more impressive since it was your first pack.

I hadn’t looked at the chases for that series, those look sick.

on a set i just finished there’s a 200k carat pack that has chases set to common chance and variants to 1 in every 2 packs, they need more stuff like that in the game 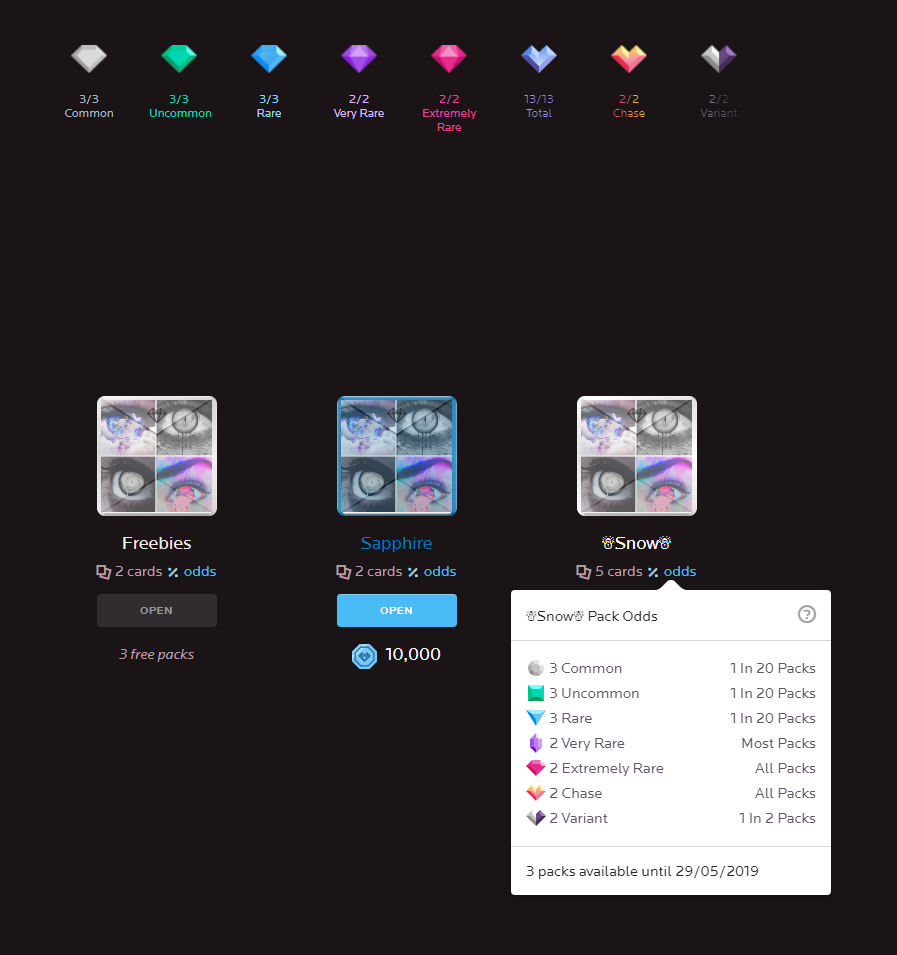 also what are the chances of getting 3 chases in a pack that gives you an extra card a super pack?

Just got this in a super pack! 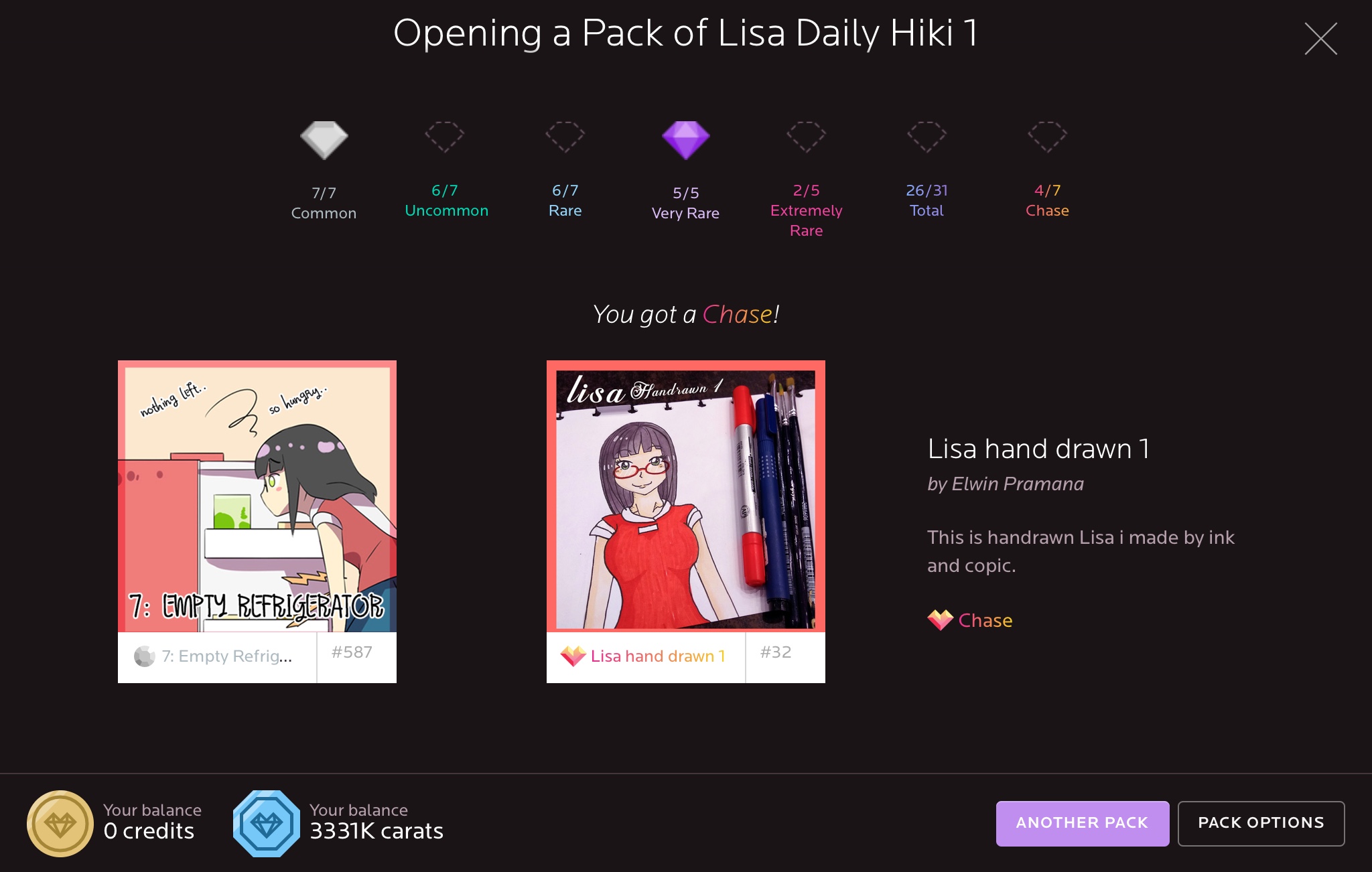 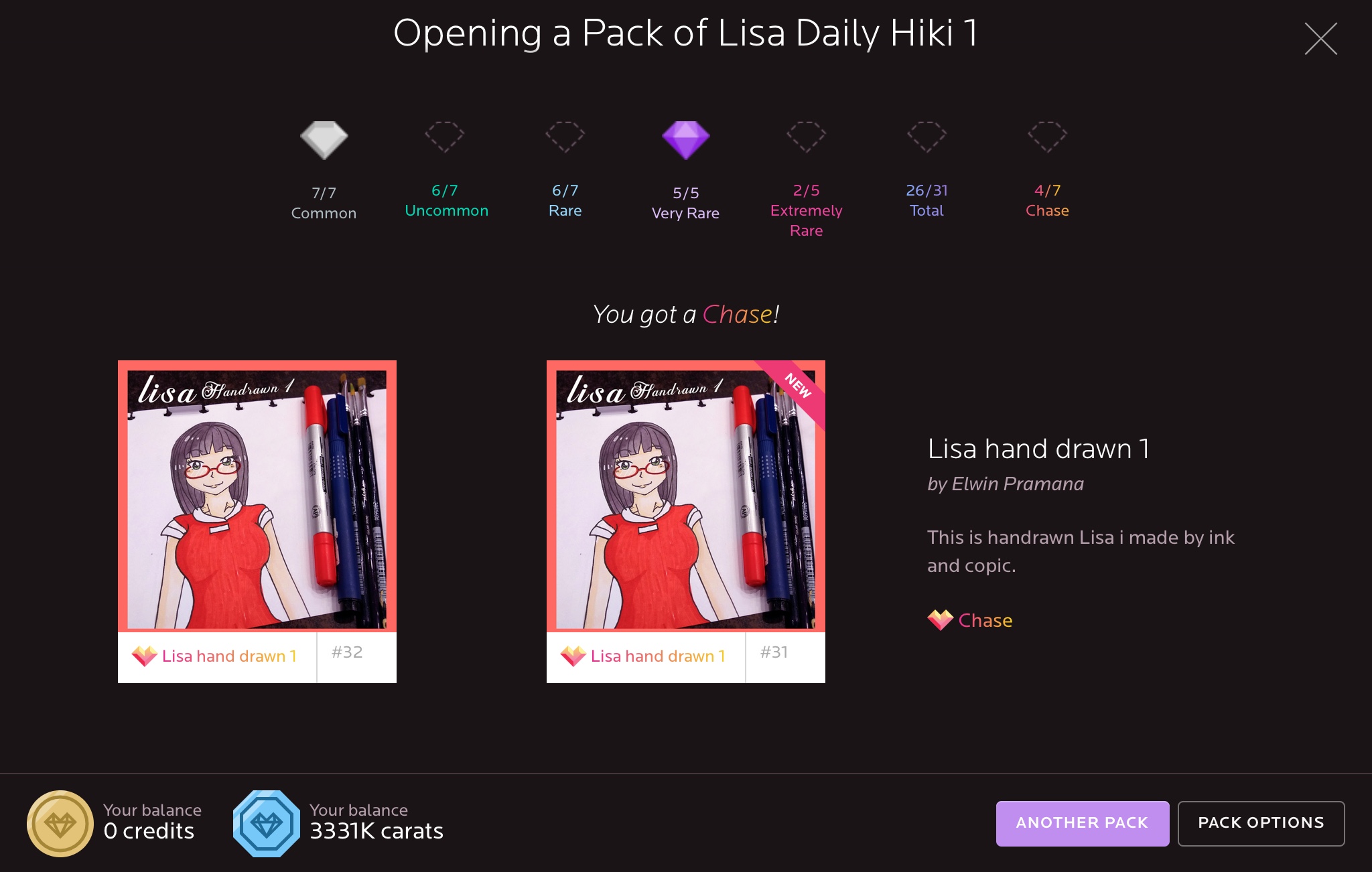 Whhhhhaaaaattttt! That has to be the superest of super packs ever! - Joe @ NeonMob