This just puts a lag in trading

I didn’t even know I auto withdrew the trade until I set up the new trade! 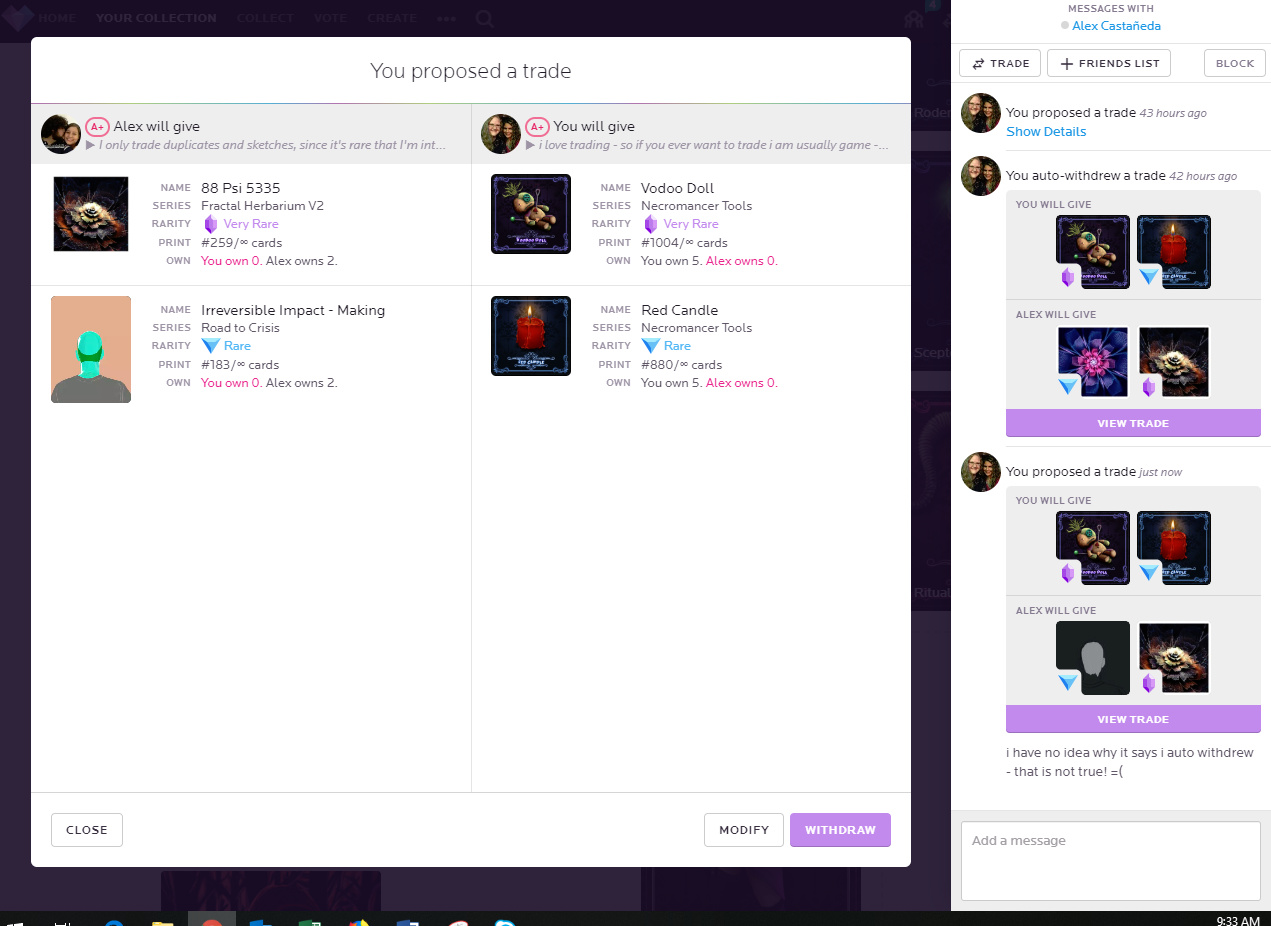 Yes, it’s true. It would great to get an alert about all auto-withdrew trades. So you at least know about it and can retrade them.

This is great feedback, I have added it to our board for internal review. Thanks Carrie! - Joe @ NeonMob

Yes Joe
that was the issue you and i talked about a few weeks back. Well done Carrie for bringing it to the correct forum

The auto-decline feature is good for protecting your last copies, but the current version causes the problem of not being able to trade away many duplicates quickly as mentioned bove. I’m having trouble with it too.

Instead of what we have now, I think the feature just needs to ask if the user want to protect the last copy of a card. When the last copy of your card is going to be added to a trade, e.g. the number of trades including it equals the number of copies you have, the system should ask if they want to keep a last copy of it. If they say yes, they can still propose the trade and make even more trades than the number of copies, but when there is only one copy of it left, the remaining trades are auto-declined. If they say no, then nothing happens, and the remaining trades are auto-declined when there are no copies left, as usual.

Another thing that could be implemented is to ask which #of print you’re trading.

You could choose to send in a trade copy #420 to one user and copy #1034 to another user and both trades could be accepted without canceling each other.

EDIT: It could also be useful if you (for some reason) decided you only wanted to trade your lowest print (#1), then you could choose to only that instead of the higher count as is implemented right now.